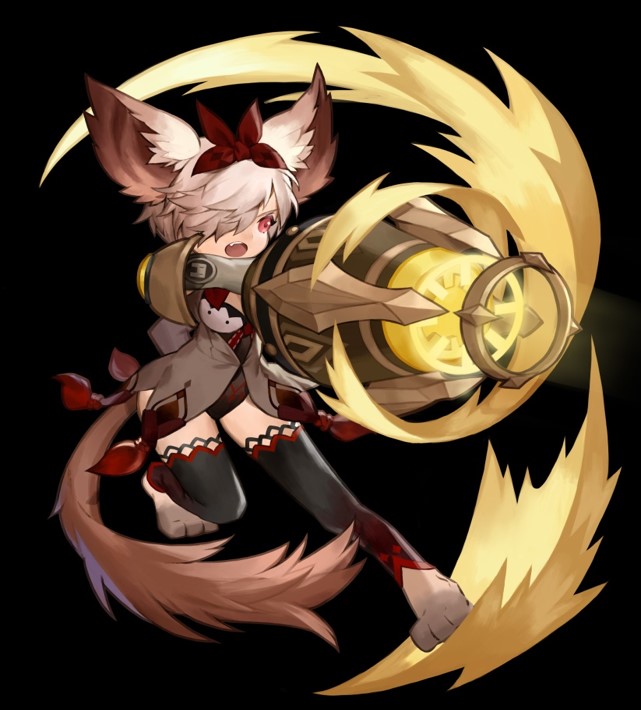 Job Description_Launcher
•With her Power of Light, ‘Launcher’ uses a Blaster that has become part of her own body due to experiments.
•She can use her Blaster for melee attacks, or shoot energy for long range attacks.

•‘Launcher’ is a class affected by ‘Agility’ and ‘Physical Attack Power.’
•Her melee attack with Blaster overpowers the target through a spontaneous combo. Her energy-shooting long range containing skill has a delay, but can eliminate enemies over a wide area.
•Secondary skill’s utility is secured since you can choose the summoning trigger. You can also use the skill while you are hitting the enemy, which allows a variety of plays in different situations. We expect you to actively swap between the offensive and defensive positions.
•Using Illusive Fist while using any skill will stop latter’s action and execute the former.

•[L-Action] is a skill from which melee combo skills initiate and has a short cooldown time. It allows you to attack enemies in an instant and continue with a combo skill such as [L-Combo], [L-Buster], etc.
•[Laser Piercer] is a skill that shoots a penetrating laser beam. Though its delay before attack is long, it has a wide range forward. [Carnival Rush] is a maximized version of [Laser Piercer]. Though its delay before attack is long, its range and damage are truly impressive.

•‘Impactor’ is a melee class specialised in physical attacks that belong to Light Attribute.
•She can enhance her abilities using ‘Pulse’ and ‘Intense Pulse’, which is her unique resource.

•‘Impactor’ is a melee class largely affected by ‘Agility’ and ‘Light Attribute Attack.’
•You can convert [Pulse] into [Intense Pulse], and take Intense Pulse as a resource to use [Intense Shock].
•You can successively activate [Intense Shock] after having used the main skills that acquire EX. It does not enhance one specific skill, but all skills at the same cost. Though the skill has a long charging time, it has been designed to enable the use of an additional strike that deals powerful damage exceeding the attack power of a main skill.

•The best play for an Impactor is to understand the main mechanism behind the acquisition, change, and usage of [Pulse] and [Intense Pulse], and make an appropriate use of these two resources’ properties such as their effects, duration, etc.
•[Domination] can be used as the final combo of [Stunt Rush] and [Illusive Fist], which are Impactor’s main aerial skills. It allows you to reduce the skill duration and attack the enemy incessantly.
•You will receive a skill effect that makes [Limit Runner], an Awakened Passive that exceptionally acquires a lot of [Pulse] at the same time, hit enemies accurately with Critical, allowing you to use this skill effect in different cycles.

•‘Buster’ is a support dealer who specialises in magical attacks of Light Attribute, and belongs to Buffer Class.
•She can enhance her unique buffer abilities using ‘Luminance’, which is her unique resource.

•‘Buster’ is a support dealer who is largely affected by ‘Intellect’ and ‘Magic Attack Power,’ and belongs to Buffer Class.
•The ‘Luminance Point’ she obtains with the use of her main skills can be used as a resource that enhances her buff skills.
•Her dealing ability increases when [Countdown] is used.
•Though she is a support dealer of buffer class, she also belongs to a class that requires using attack skills constantly to enhance her buff skills.

•Each buff skill has a different activation condition and stat, which can change according to the given situation.
•[Eternal Light Quartz] has a short duration and comparatively weak buff effect, but it can be used as an attack skill after having learned [Awakened Passive]. However, since it uses a part of your ‘Luminance Point’, you need to consider your allies and enemies’ positions all together to use the skill.
•[Eternal Light Soul] has a long duration and powerful buff effect, and you can offer it to your allies any time. After learning [Awakened Passive], you can use the maximum amount of ‘Luminance Point’ to turn the skill into the ultimate buff, [Eternal Light Might].
•If you use [Awakened Passive] Cast Cassia and [Countdown] together, another buff effective will be added to your attack skill.

(However, classes without Awakening cannot take the quest.)

• Players who have not completed 2nd specialization yet will be able to see the exclamation mark above the NPC's head but will not be able to take the quest.

• You can get the Awakening quest from Priestess of Darkness Mocha.

• When you accept the Awakening quest and complete all related quests, Awakening tab will become available in Skill window [K] and you can start using Awakened skills. 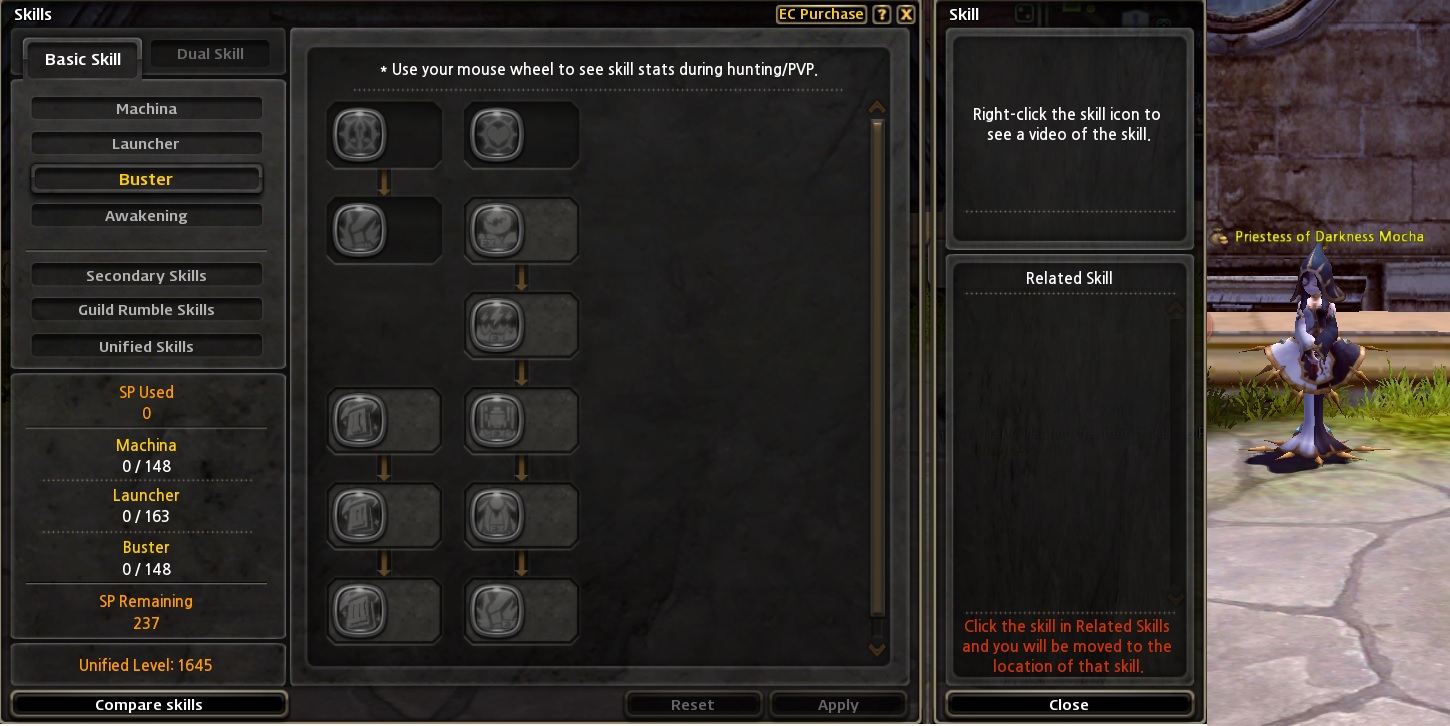 Weekly mid-way reward for each stage : Once (shares Difficulty Level and Limit with Level 50) 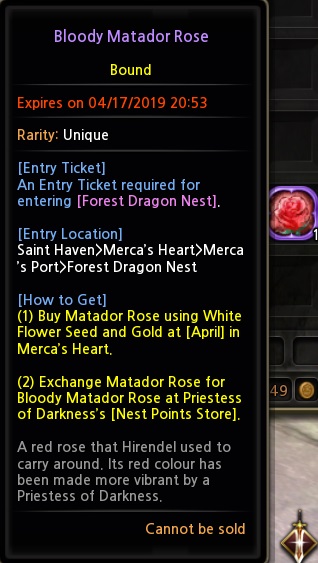 ※ From Light Level Forest Dragon, you can obtain Forest Dragon’s Stem only, whose quantity corresponds to 1/3 of the normal level’s. 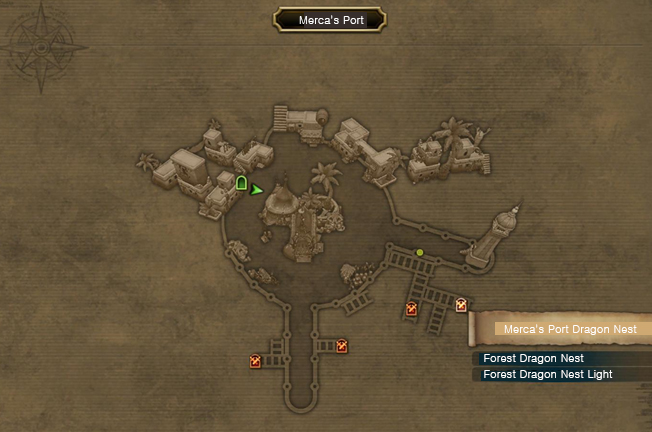 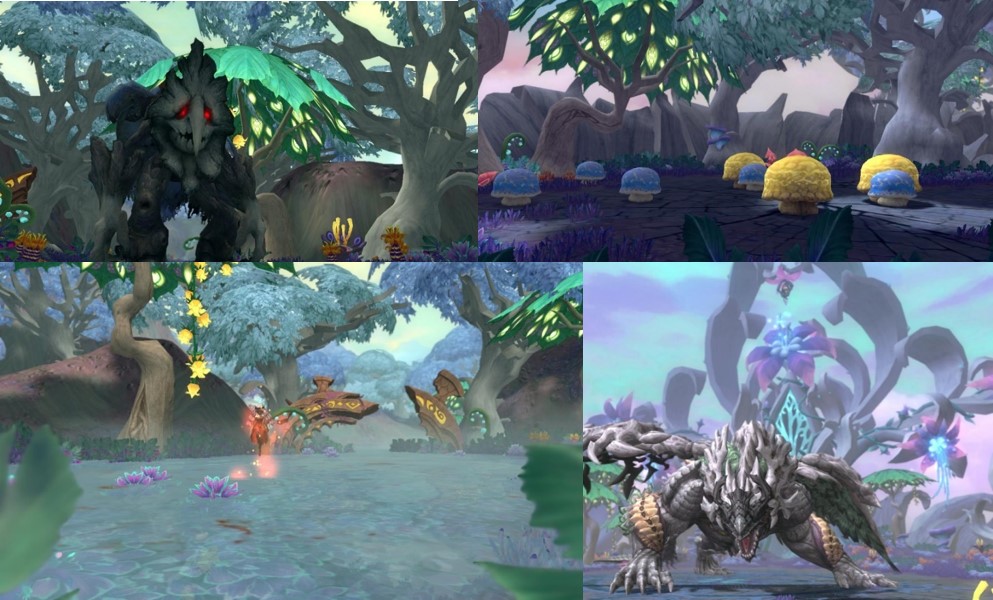 Hence, the pressure from not completing a mission can act as a great entry barrier.

In this Light Level, we have readjusted the failure penalties to facilitate your participation in 8-player nest.

We have also readjusted skills that cause immediate death and changed/removed debuff skills that place a huge burden on healers.

Those heroes who have felt pressure from challenging contents, can now try the Light Level

to build knowledge on their missions and get the chance to take one step closer to Forest Dragon’s Weapon.

•Tortree’s Deadly Posion and Aux’s Poison damages have decreased.
•With Detox Spring, you will no longer get caught in [Drought] debuff.
•Nightflower’s poison shockwave damage has been reduced.
•Low Branch’s Mushroom explosion damage has been reduced.
•Damage caused by failing to complete Life Orb blocking pattern has decreased.
Shares Nest Rewards and Weekly Clear Limit
•All levels in Forest Dragon Nest share mid-way rewards and weekly clear limit.
•Example) If you have received the Stage 1 reward at Light Level, you cannot receive the same reward at Normal Level. 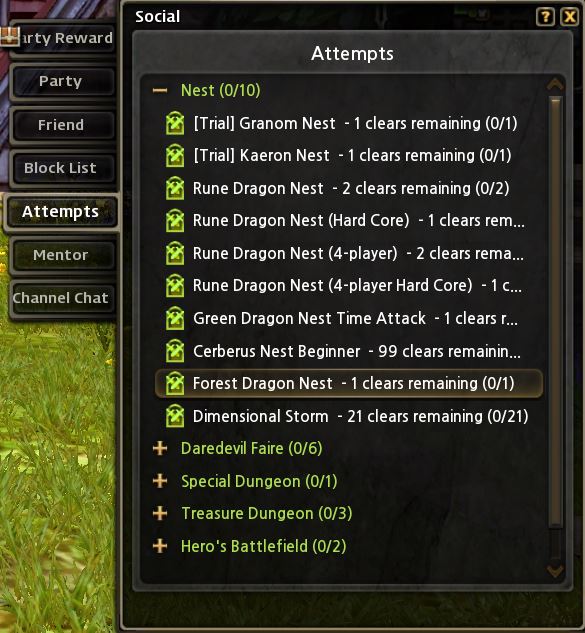 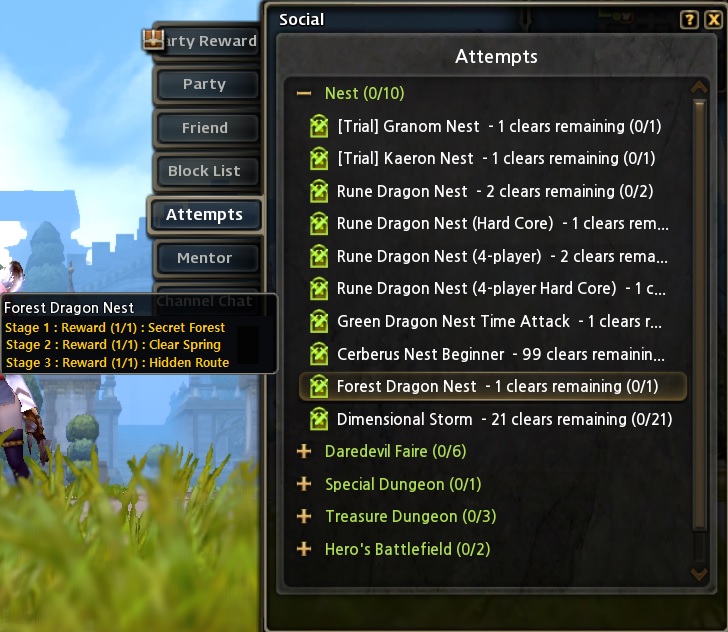 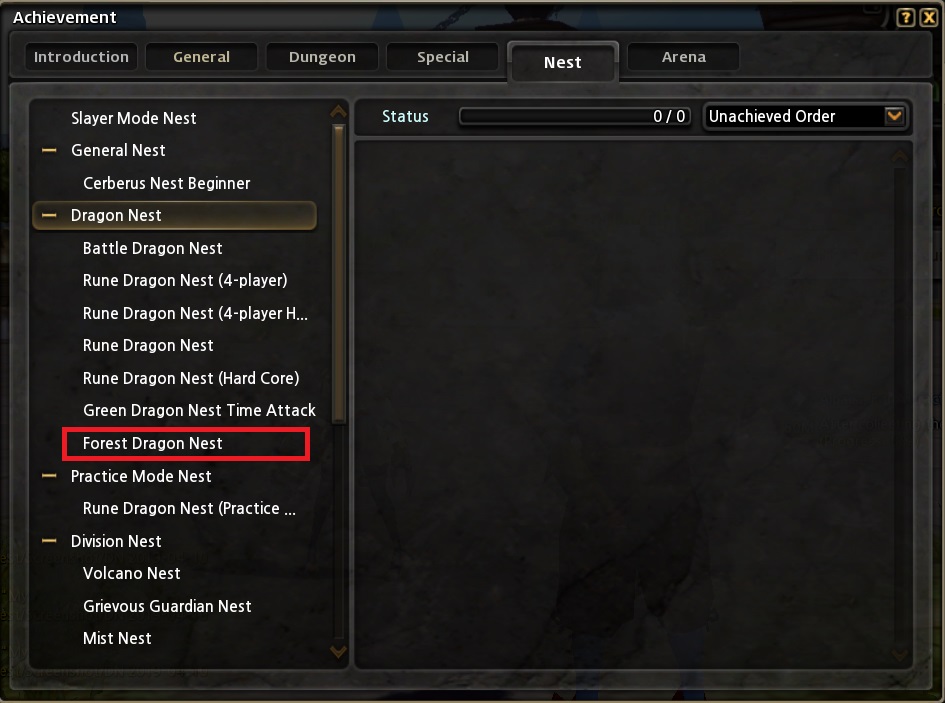 Newly added Missions and Titles are as follows.

※ Defence quests from last season which are yet to be finished, will be initialised. 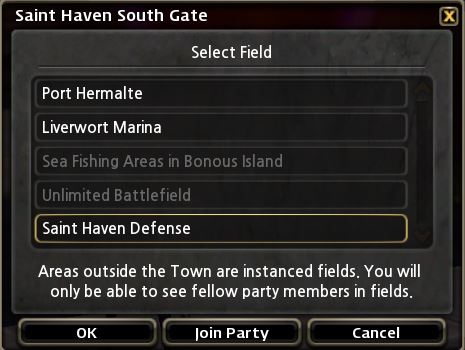 You will enter a waiting room or a room where battle has already begun.

When you enter the waiting room, you will have to wait until minimum number of players (4 players) are gathered.

When you enter a battle room, you will be warped to the battle zone. 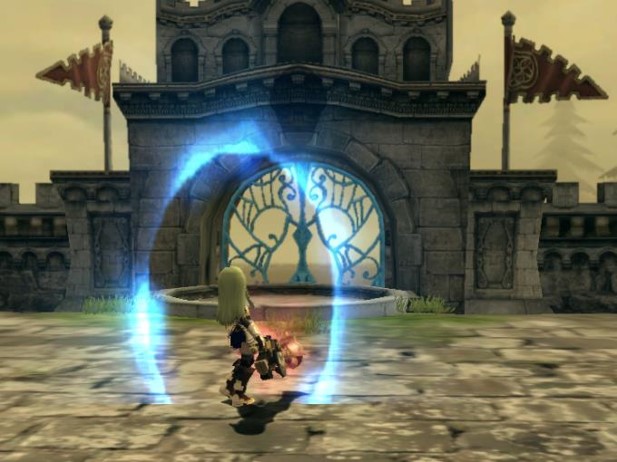 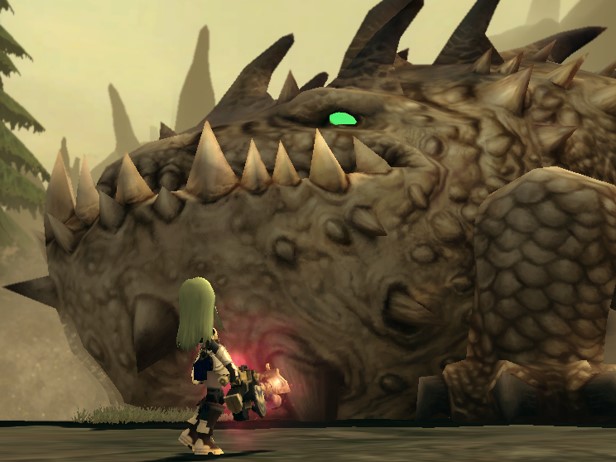 Life Stones and Resurrection Scrolls are not used when you resurrect in Saint Haven Defence.

Resurrection cooldown is applied when you die in Saint Haven Defence.

You cannot resurrect by yourself during the cooldown period so you need to get help from other players.

Cooldown ends when another character enters the resurrection key (default: R) after approaching the dead player. 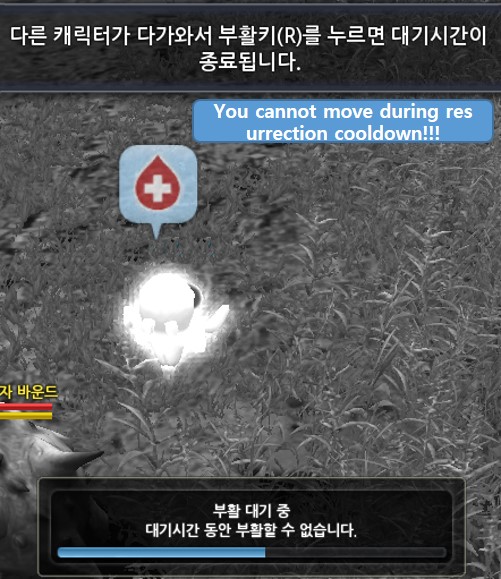 will display your location on minimap and allow your party members to find you more easily. 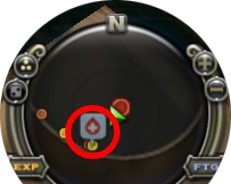 If you do not resurrect within the time limit or refuse to resurrect, you will be forced to enter town. 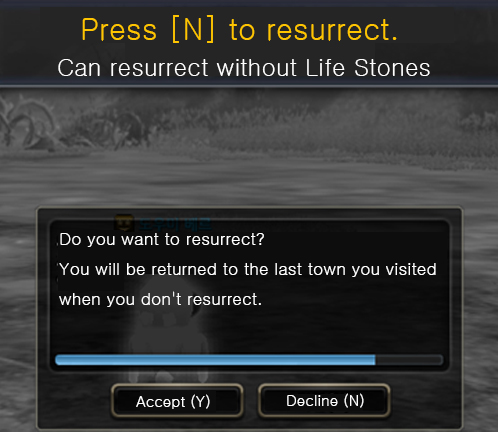 You cannot enter Saint Haven Defence during those 15 minutes. 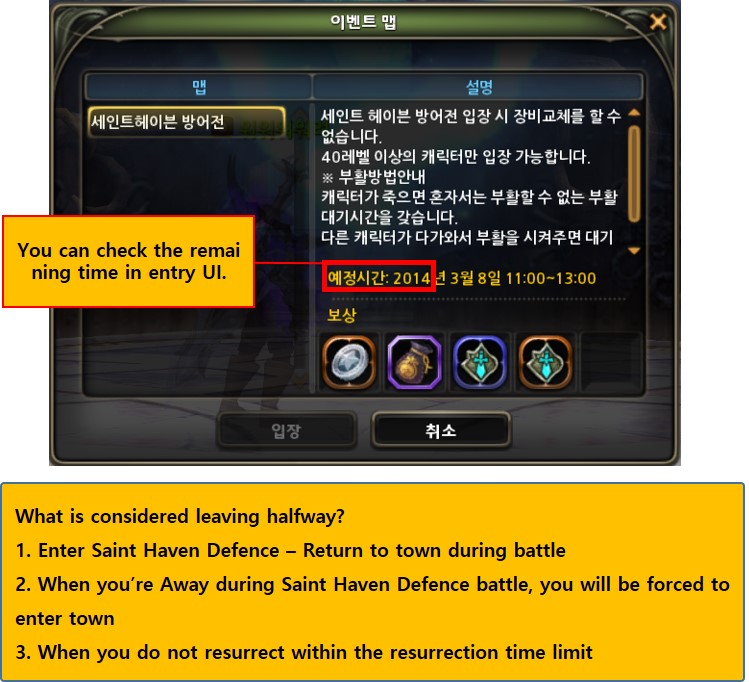 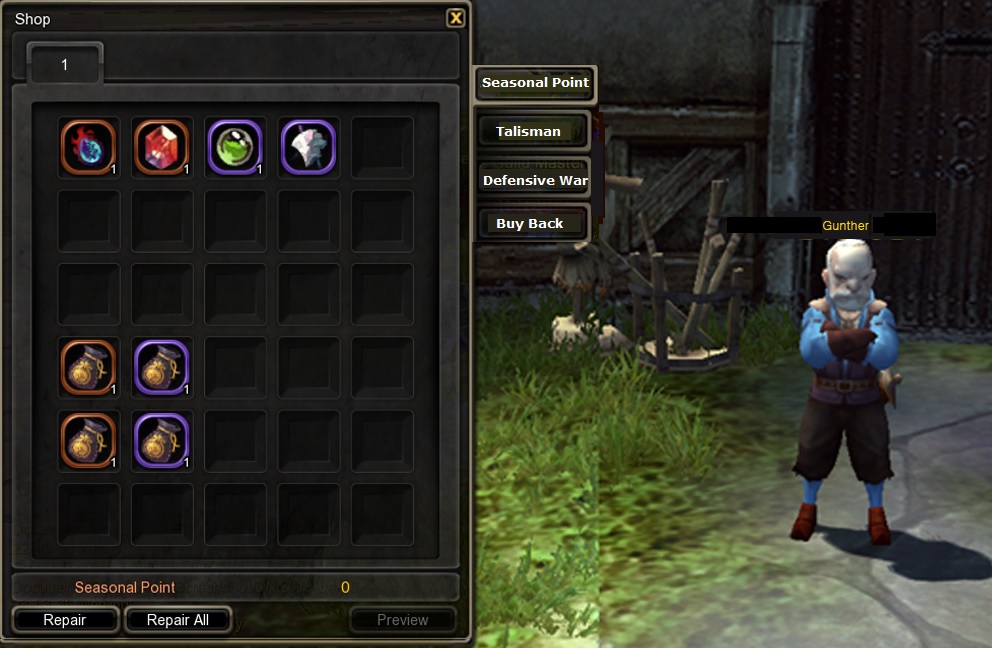 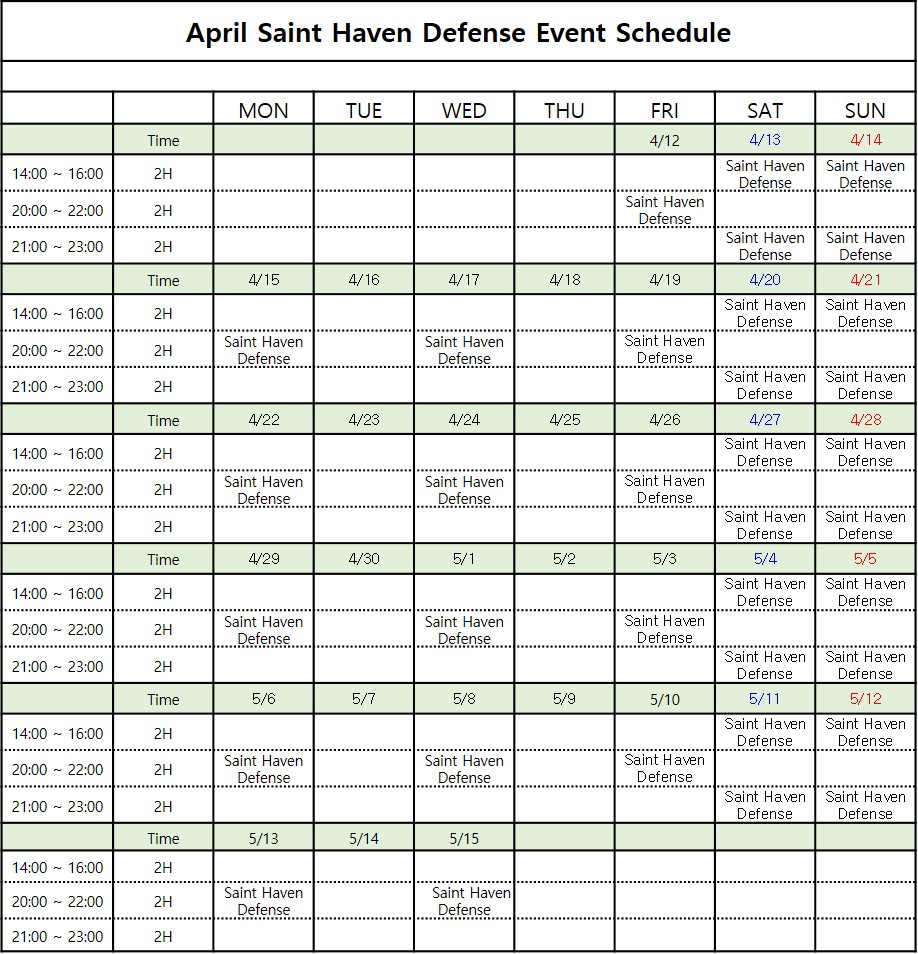 - March's costume, the Scount Costume, will remain in Cash Shop for April. 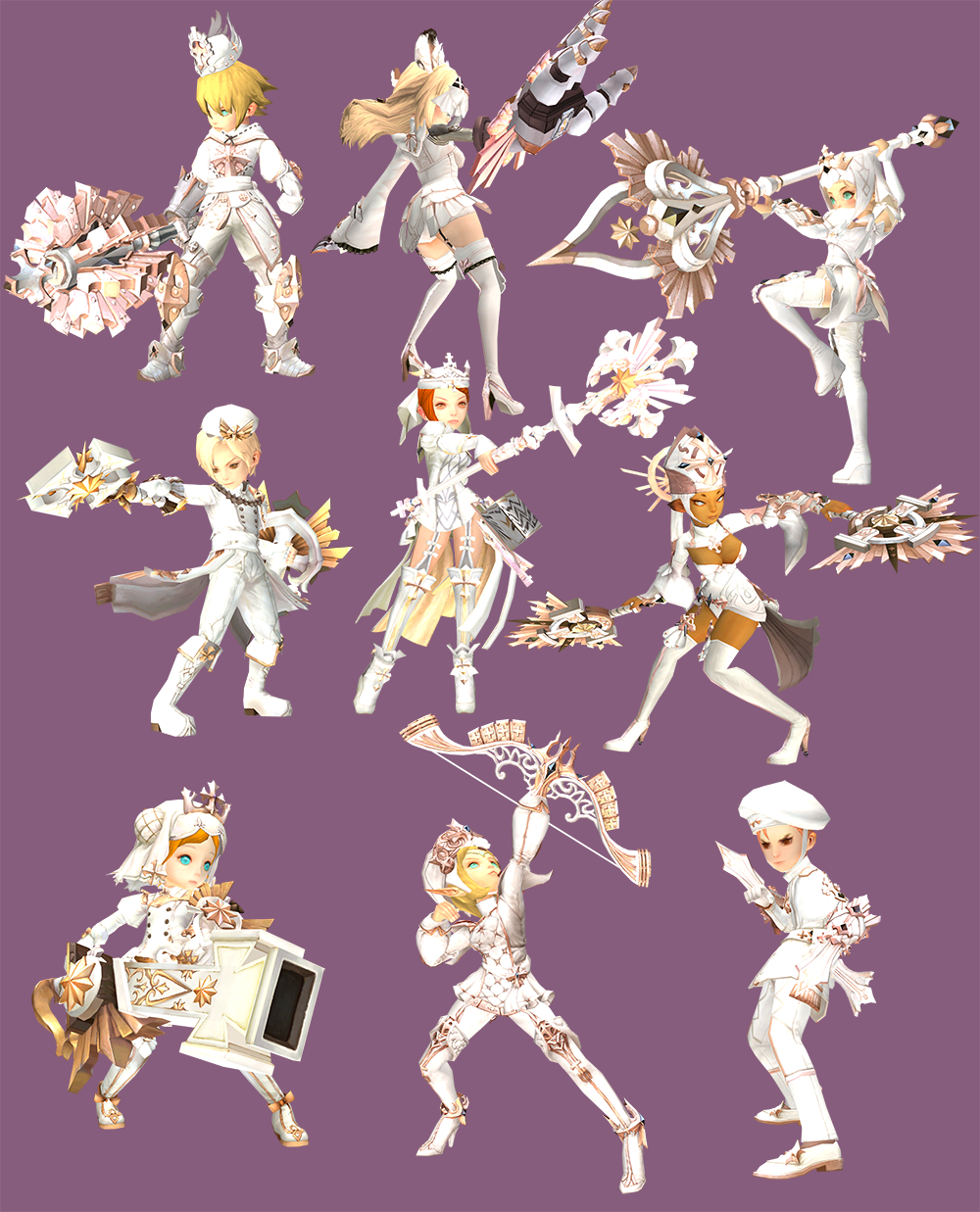 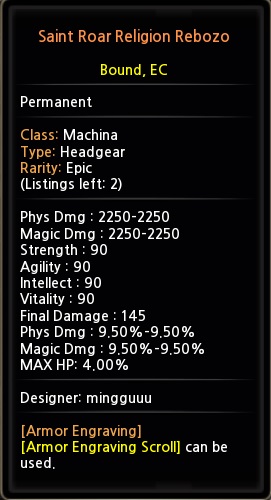 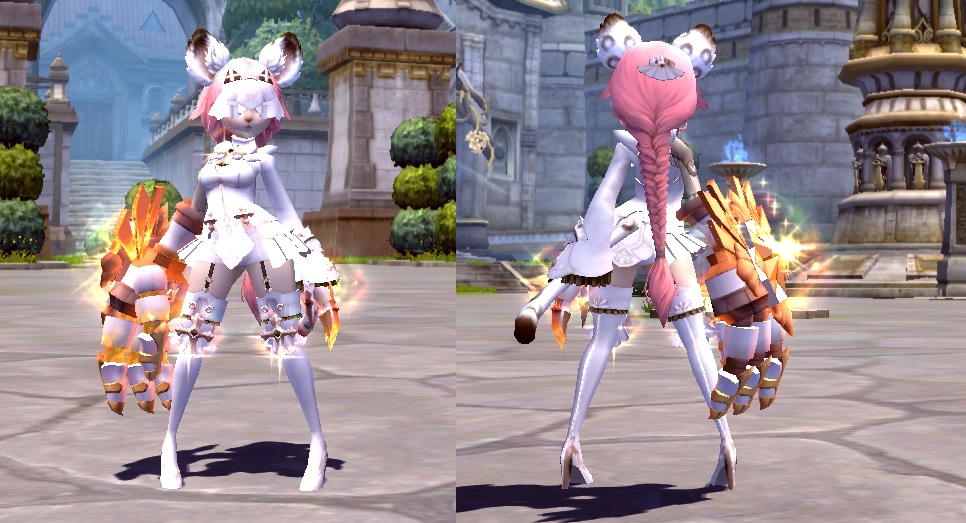 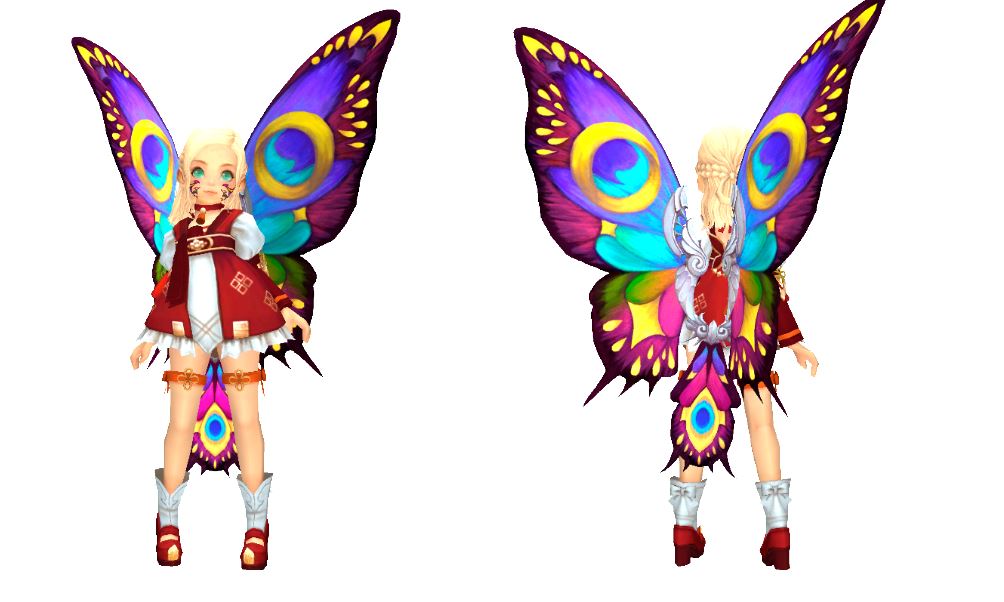 (Photos of stats will be updated soon!) 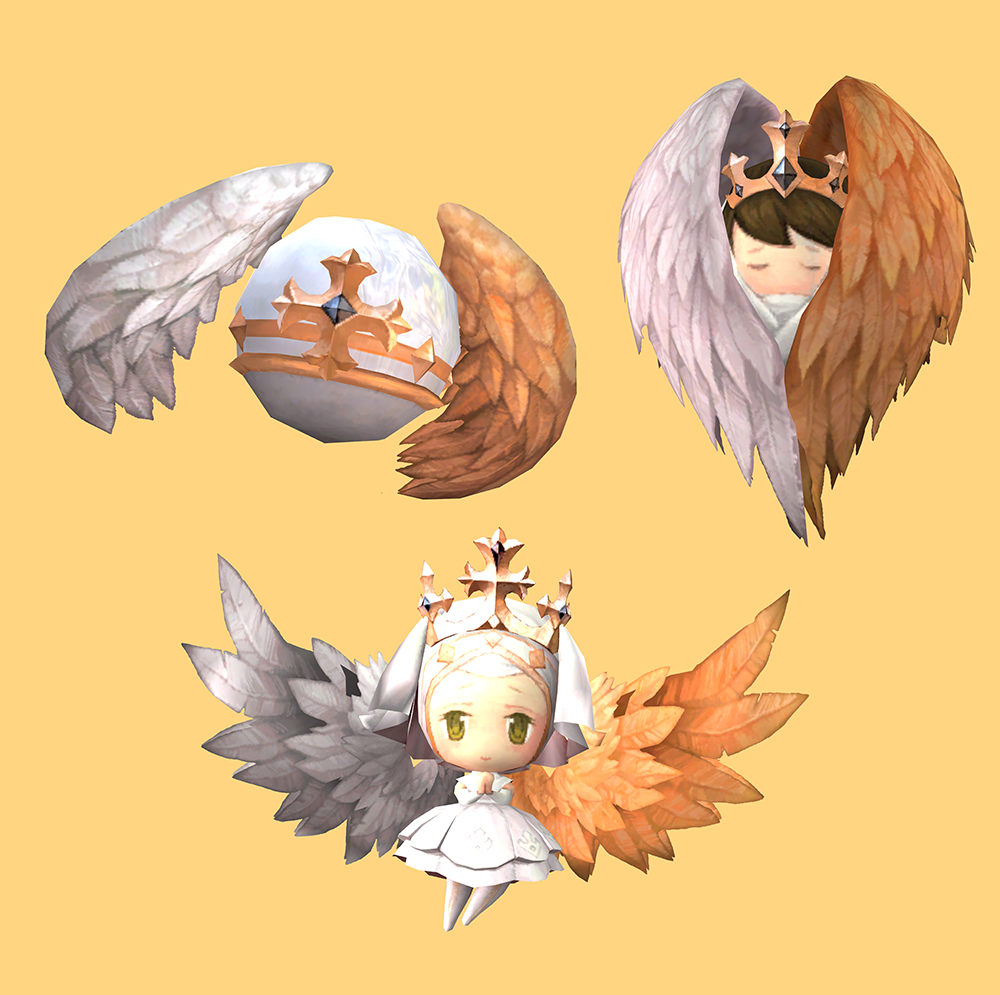 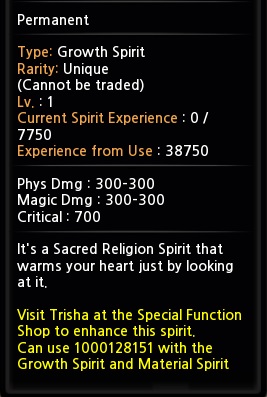