※ The details of all patch contents may be changed/revised in consideration of the operational circumstance at any time.

4-2. Awakening Costume for ONLY Lancea

The addition of new skills is a key factor in character growth.

Newly added skills will broaden the options for responding to situations and require a meaningful DPS increase.

However, it is a chore to increase the number of active skills at the moment because the skill slots are already full.

We, therefore, made this an Awakened Passive skill.

It provides the choice to change skill use tempo without significantly affecting existing skill deployment.

Under certain circumstances, the Lancea can now activate an offensive passive skill using additional control inputs during skill use.

The offensive passive skill offers guaranteed invincibility for a time during skill use or is accompanied by movement of a sufficient distance.

Can be used offensively or defensively, allowing you to more actively respond to combat situations.

In addition to this offensive passive skill, we are also presenting an Awakened Passive skill to enhance existing Main Skills and Ultimate Skills.

Please refer to the details in the upcoming patch notes. 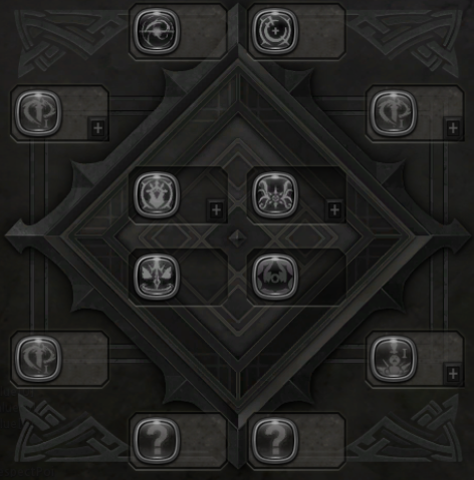 We have added 2 new skills to the Awakened Skill tab.

They can be learned at LV.95 and do not require SP. 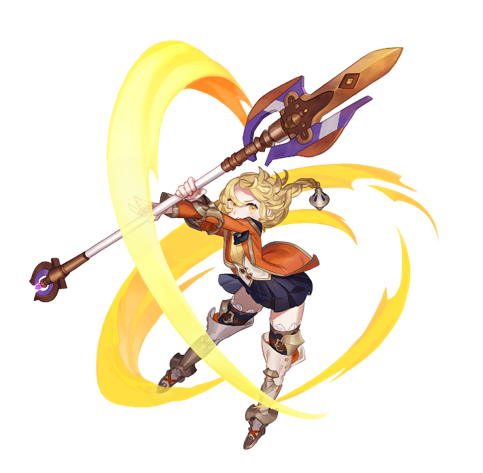 ■Flurry is a talented character who has the exceptional ability to link skills and attack across a wide range.

■The core aspect of this character is the strong damage it can deal after using Expose Weakness, and maintaining this is the main goal when playing.

■The addition of this new Awakened skill reduces the stress involved in maintaining Expose Weakness and adds the ability to inflict powerful damage on enemies in certain situations.

Provides 0.5 sec of invincibility upon use

and can be used as a follow up when a [Main Skill] completes.

Input the [Normal Attack Button] to descend quickly and earn an ATK Up buff.

Also provides an ATK Up buff

upon consuming all [Concentrate] points.

Sting Breezer is a character who uses Magic Afterimage and Magic Spear to fight while maintaining a certain distance from a target.

However, there was a certain amount of delay after Sting Breezer used her skills, and the character needed time to prepare in order to maximize the damage of Magic Afterimage and Magic Spear.

This patch reduces post-skill delays and adds the ability to regularly deal heavy damage to enemies after preparation time.

Provides 0.5 sec of invincibility upon use

and uses the skill in the direction of any direction key input (except forwarding) when activating the skill and can be used as a follow up when a [Main Skill] completes.

upon consumption of all [Concentrate] points.

■The offensive passive skill 'Arctic Sweep' is a highly responsive ranged offensive skill designed to match the skill set of Avalanche, which has many action cancel skills.

■In addition, both the newly added 'Awakened Passive' skill and 'Blizzard Shooter' have significant attack power and are designed to cover a wide range, so we think you will be able to enjoy using this character with greater comfort within stages.

Infuses cold energy into the lance and sweeps at enemies ahead.

Use by pressing the [Special Attack Button] after using [certain skills], [Parrying Step], or [Tumble].

0.5 sec of invincibility upon use

Provides an ATK Up buff to the character after use. 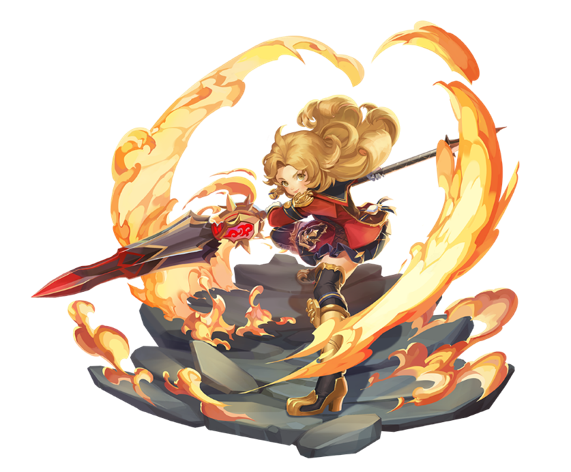 ■The offensive passive skill 'Burning Chain' allows Randgrid, who has many skills for approaching enemy targets, to rush the enemy one more time.

When the 'Heat Up' buff effect is applied, the action is enhanced and the feel of the buff is maximized further.

■[Awakening] Blaze Strike' is a feature added to maximize the feel of Ultimate Skills by enabling interaction with spears created during use, causing high damage.

[Thrust] is enhanced into [Burning Chain] and changed to Fire attribute.

Rushes forward and attacks an enemy with flame.

Attack power is increased when the [Heat Up] buff is applied.

Use by pressing the [Normal Attack Button] after using [Main Skills], [Parrying Step], [Tumble], or [Dash].

0.5 sec of invincibility upon use

Increases the attack power of Blaze Strike while decreasing cooldown. Sticks the flame lance in the ground, after which using a [Main Skill] within a certain period of time deals additional damage.

Provides an ATK Up buff to the character after use.

Vena Plaga is a class that specializes in savaging enemies.

It smoothly cycles between Corrupt Skills and Thorn Skills, and uses 'Repression' and 'Flow Down' to smoothly evade enemy attacks

If you actively utilize the high attack power, debuff effect, and invincibility time of 'Reflux,' you can neutralize enemies more efficiently than before.

You can choose to operate within a dense deal cycle within Nest content using 'Enhanced Dissembler,'

-Successful use of Reflux enhances Dissembler and Grudge

Now the buff only applies to the character, not allies.

Now the buff only applies to the character, not allies.

※Only the Lancea class can be assigned and clear this mission. 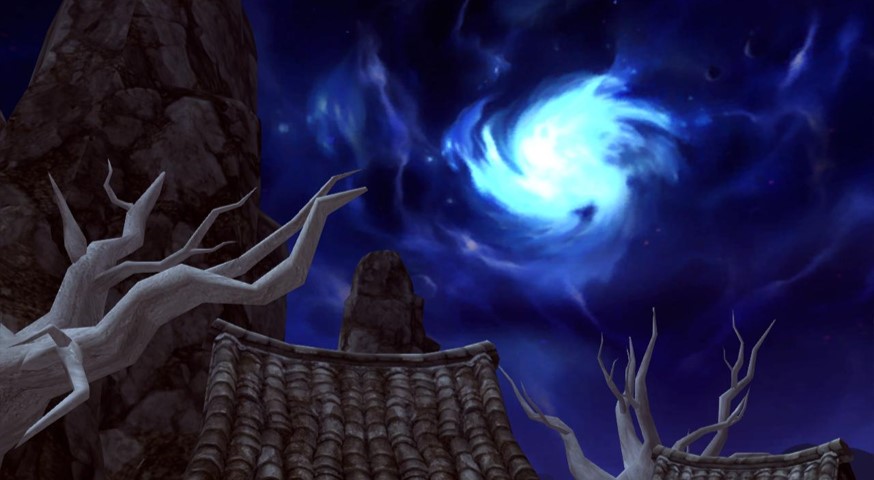 A fissure has opened up within the evil Rift that appeared in Red Lotus Palace.

Travelers are flowing through the fissure that disturbs the stability of time and space.

You must overcome the mental confusion caused by the Rift and defeat the Travelers to stabilize the fissure.

The pitiful wretches. They must have lost their way in the tangled paths of space.

Just keep that in mind while pacifying the area. And be careful not to get lost.

•Below are the conditions for entering and playing [Expanding Rift] Red Lotus Palace. 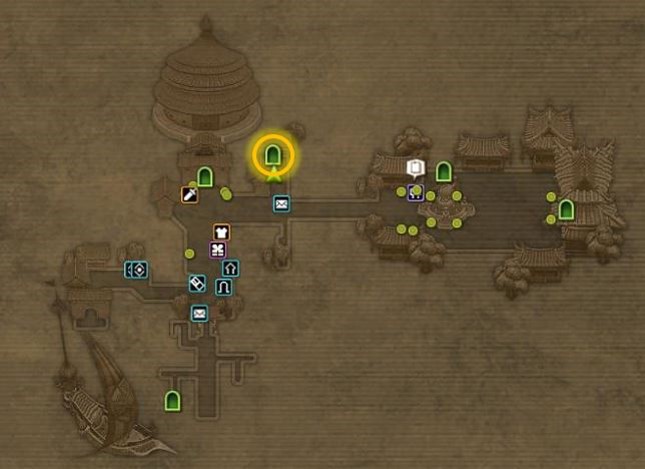 The 'Red Lotus Maze' World Zone that can be entered through Red Lotus Palace Main Street’s 'Crack of Time and Space' has been changed to 'Crossroads of Redemption'. 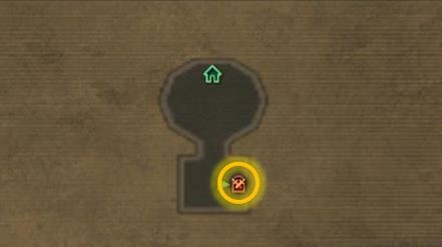 The space entered through the Rift's fissure has been complexly entangled with time and space, so it is unknown which stage of Red Lotus Palace you will enter.
In addition, the creatures of different Red Lotus Palace stages were caught up in the mess, so you may encounter beings that have traveled from unexpected places.

You must journey through 4 stages in this chaotic place to pacify the Rift. 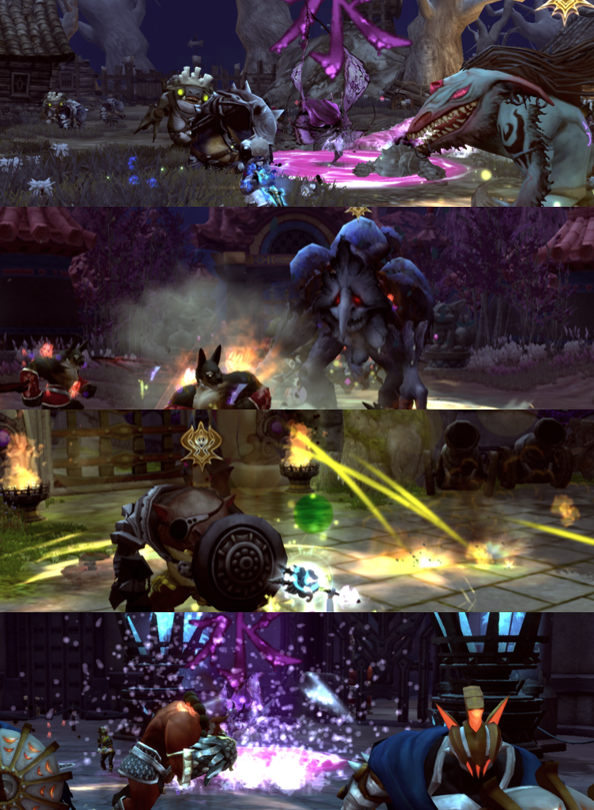 A special fox statue will appear every time you defeat a Traveler in [Expanding Rift] Red Lotus Palace.

The two statues provide different powers for each adventurer. There are seven types of power provided by the statues in total, and each time a new statue appears, it displays two different types of buffs. Adventurers can choose one of these two powers.

Adventurers can receive the same power again to increase its strength, or get different types for various power combinations. We hope you cultivate your 'Traveler Powers' with some wise decision-making and a bit of luck to safely overcome the dangers of the Rift.

What happens in the Rift fissure is completely unpredictable.

Don't let your guard down in this chaotic place, even when encountering familiar bosses. They gained special powers preventing them from getting lost in the confusing Rift.

The bosses waiting for you at each stage have been randomly enhanced.

*As the stages progress, the growing power of bosses also increases.

The air within the expanding time and space of the Rift is hostile to strangers.

The deeper you journey into the Rift, the 'Expanding Lethal Energy' seems to further tighten around your body and gain strength, making it difficult to perform optimally. 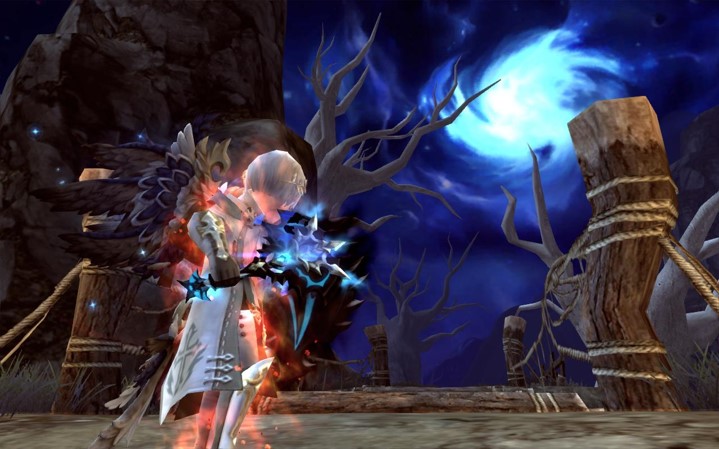 Clear the Rift with every class to earn powerful Hero Titles!

※ Your account ATK will increase by +300,000 after clearing the Rift with all 10 classes and receiving 10 Hero Titles. 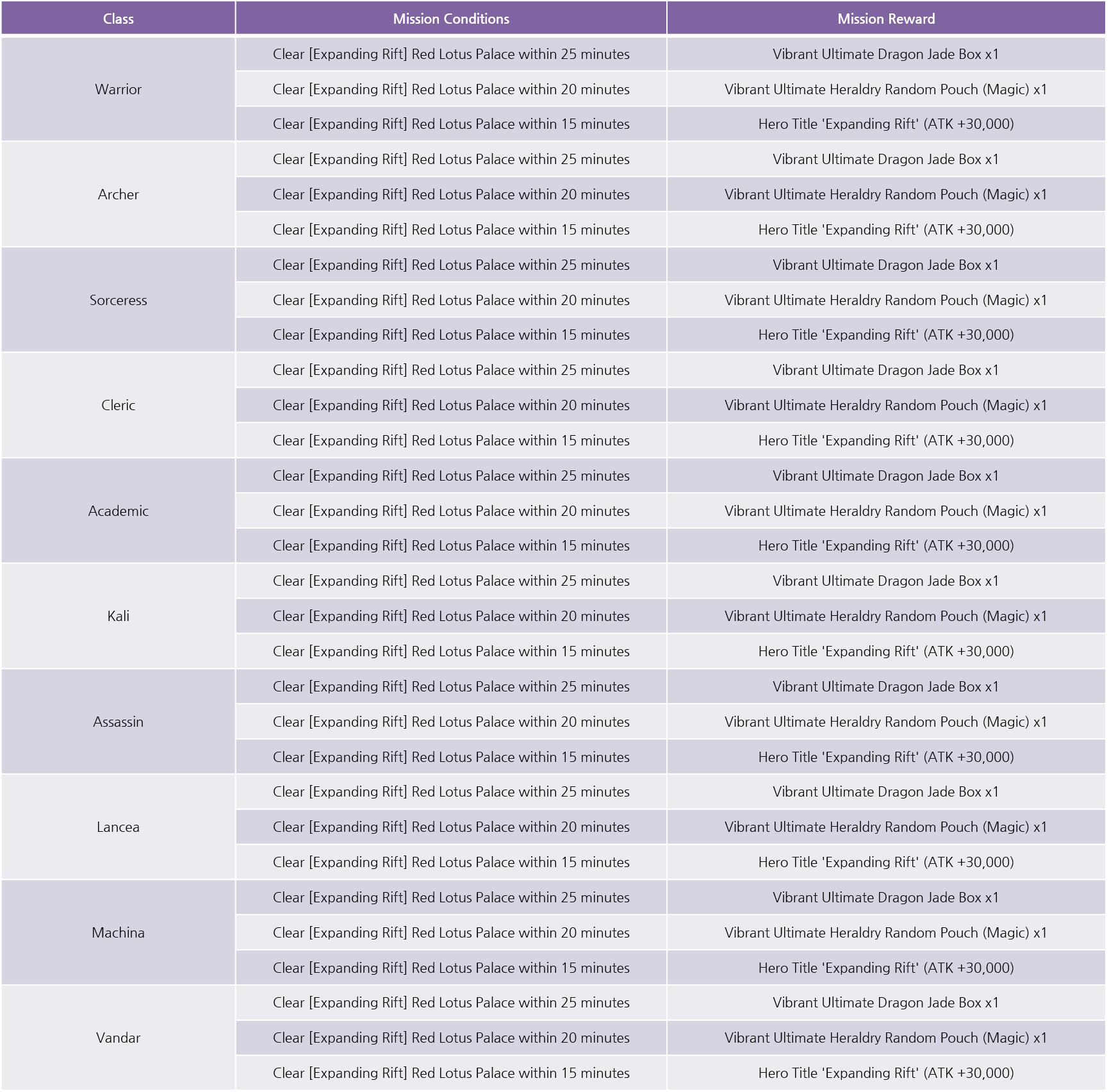 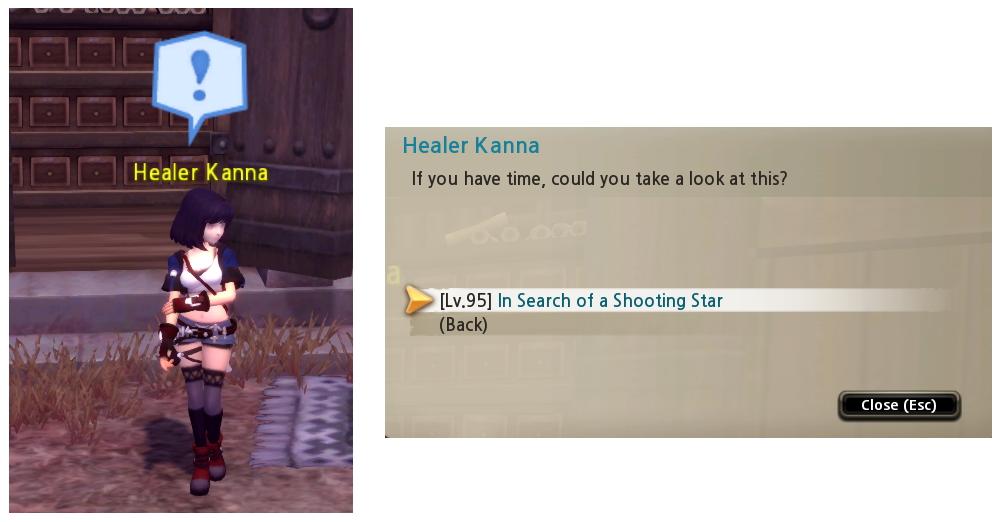 ※ Can be played using a character that has completed Main Quest 18. 'Will-o'-the-Wisp in a Nest.'

※ The quest 'In Search of a Shooting Star' can only be played solo.

※ Can be played using a character that has completed Main Quest 4. 'Owner of the Best Hand.'

※ Talk to the NPC Violent Scoundrel in Streets of Red Lotus Palace to accept the quest.

※ The quest 'Finding Another Side of Me' can only be played solo.

The [Aurora Dragon Jade Ability] has been changed as follows.
-After the Firebird is summoned, it does not participate in the battle directly, but gives the summoner Firebird's Blessing and disappears.
-[Aurora Energy] charging conditions and the maximum number of charges are both the same as before.
-The [Aurora Dragon Jade Ability] tooltips will be revised to match the changes.

- Can be enhanced to +15.
- Enhancement consumes Gold Lotus Crowns and Goldfish Cards.
- Will not be destroyed or downgraded when enhancement fails. 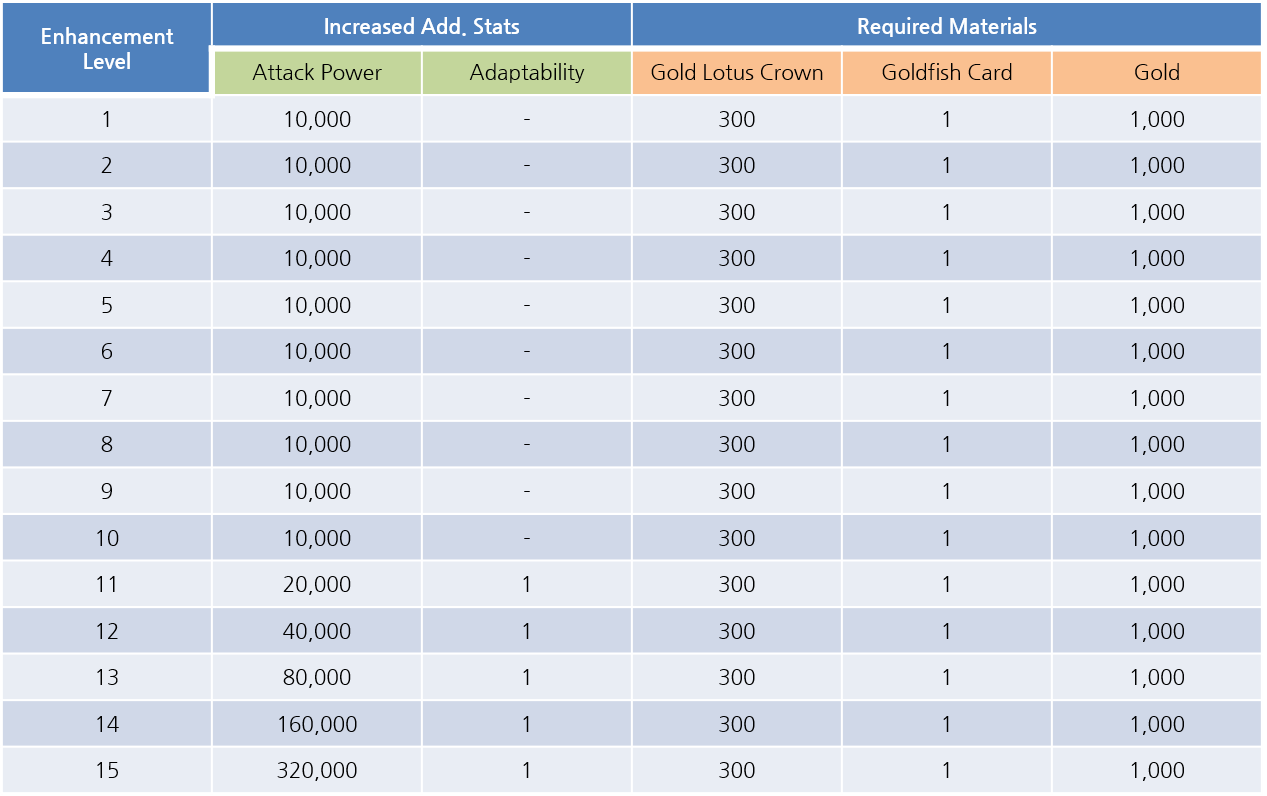 ◆ Some daily mission rewards have changed.

Silent Depths can be discovered deep within the Fission Maze Depths.

- An arduous ordeal (Silent Depths) that makes you suddenly unable to call out skill names is applied from Labyrinth 18F+ of the Fission Maze.

- When the new Depths of Ordeals is discovered, the season will change along with the ordeal applied.

Visibility quality is adjusted to 'high' under certain circumstances.

-New products have been added to the Stage/Nest Shops.

-Old Dragon Jade-related items have been removed from the Nest Shop.

[Dragon Nest Veteran] missions have been revised with the addition of the new content '[Expanding Rift] Red Lotus Palace.'

◆ Changed to restrict unequipping certain items possessing enhanceable skills during the cooldown of the applicable skill.

-After the Skill Dragon Jade (Dreamy, Blood Moon, Verdure) cooldown elapses, item switching can be carried out as usual.

◆ Skill initialization will be made for Lancea class during the May 2022 Update Patch.

◆ A separate deletion work is scheduled for characters with the <Spreading Instability> quest during the May 2022 Update Patch.

◆ The Issues that were different in the Lv.1 mission description of the Dragon Nest Newbie Box will be revolsed.

◆ The disappearing 3.5% Movement SPD stats issue where Tiger Dragon shoes using the Brinhild's Crystal to open additional slots will be fixed with May 2022 Update Patch. (Updated as of 11th May)

-Players will get one 'Goddess Coin' as an attendance reward with each daily login from May maintenance until the next update.

-You can exchange 30 Goddess Coins for a ‘Deep Twilight Box (Class-exclusive Armor)’ through ‘Priestess of Darkness Canele’, located in ‘Sunset Watchtower’. 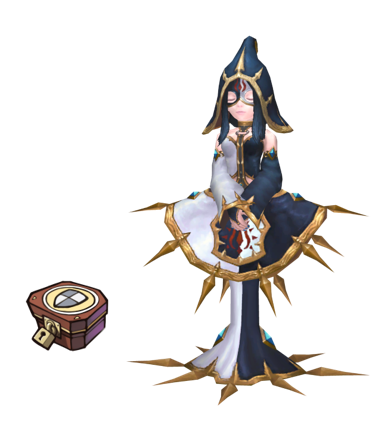 ■ Board Game Battle: Season 9 has come to an end.

Removed Board Game Entry Tickets as a drop item.

The Board Game Event Shop will also be removed with the May update.

※Bad Cat Package will be deleted from the cash shop after finishing the May Update.

※Colors may be exposed differently depending on individual PC environment and specifications. 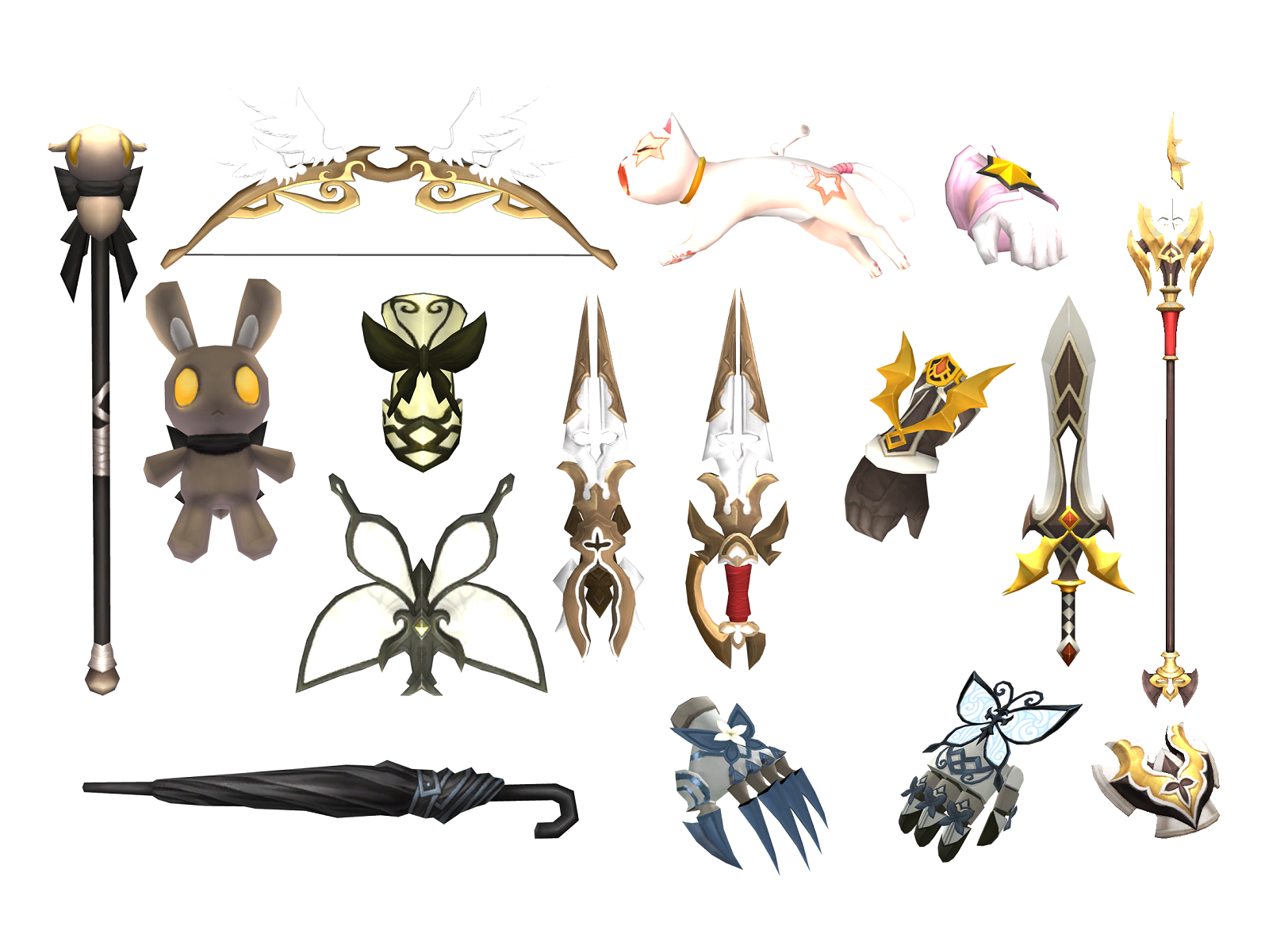 4-2. Awakening Costume for ONLY Lancea

*Only Lancea can purchase this costume.

※Colors may be exposed differently depending on individual PC environment and specifications. 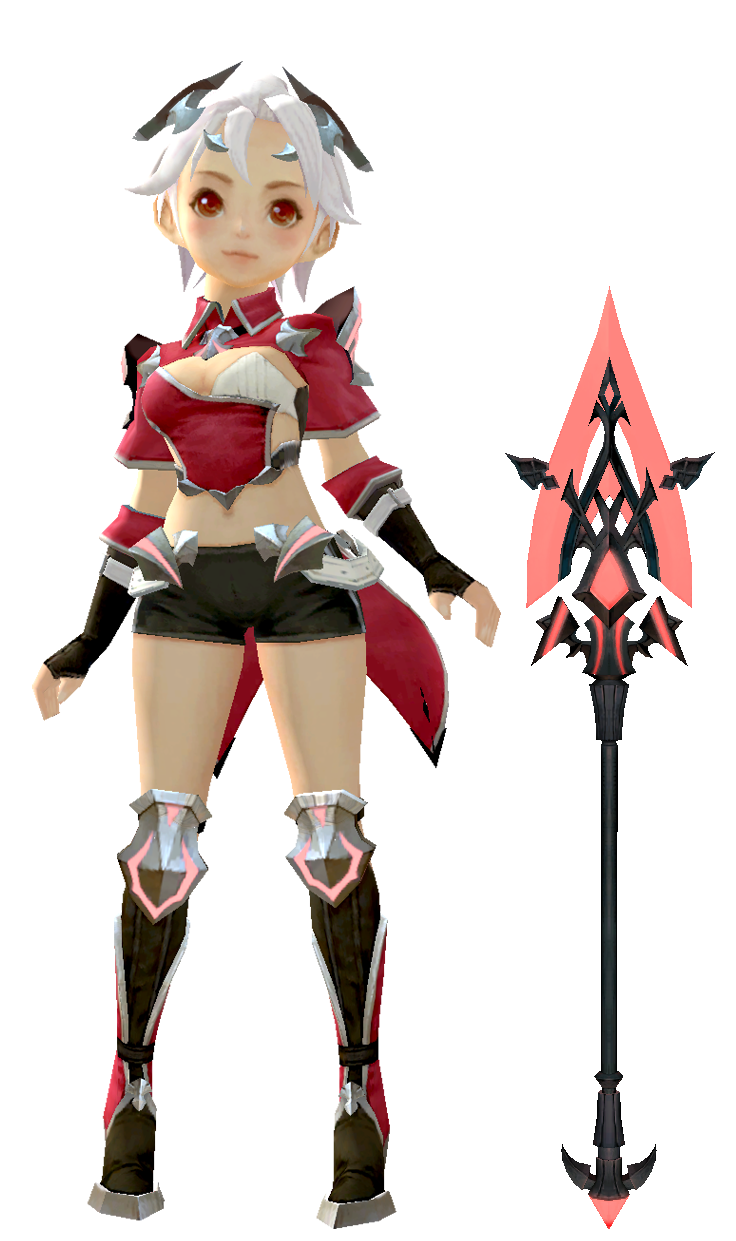 ※Go to NPC Cherry and Click the [Crystal Point Shop] - [Seasonal Costume] tab first. Purchase the coupon, [Bunny Costume (2015)], and double-click the coupon from your inventory. 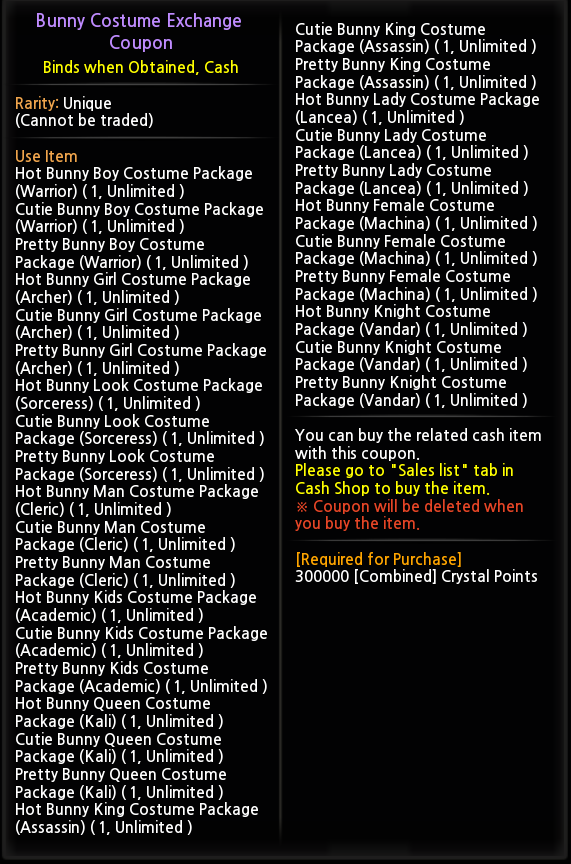 ※ Forget-me-not-tinted W / T / D will be removed from the Special Lagendia Pandora Boxes after the May 2022 Update Patch. 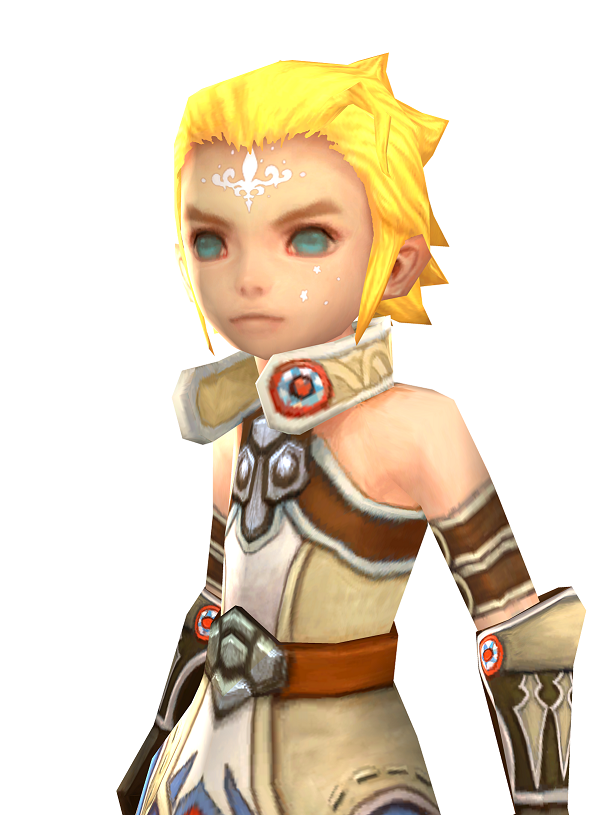 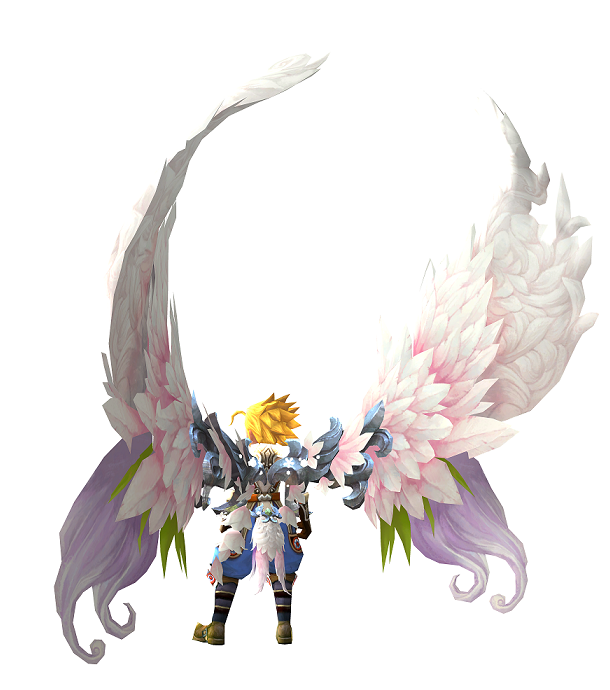 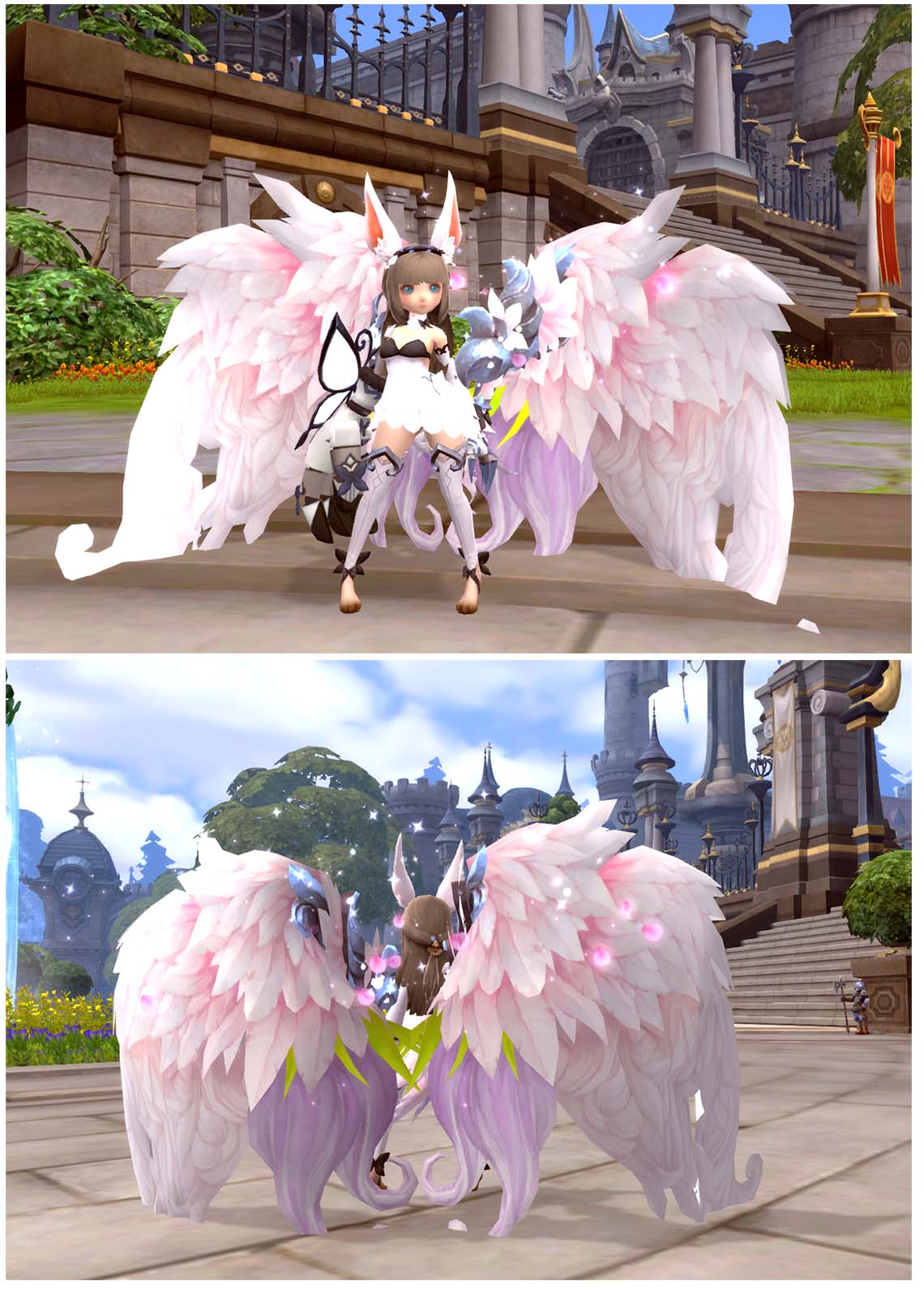 ※Minion 4.0 Necromancer will be deleted from the Pet Shop after finishing the May Update. 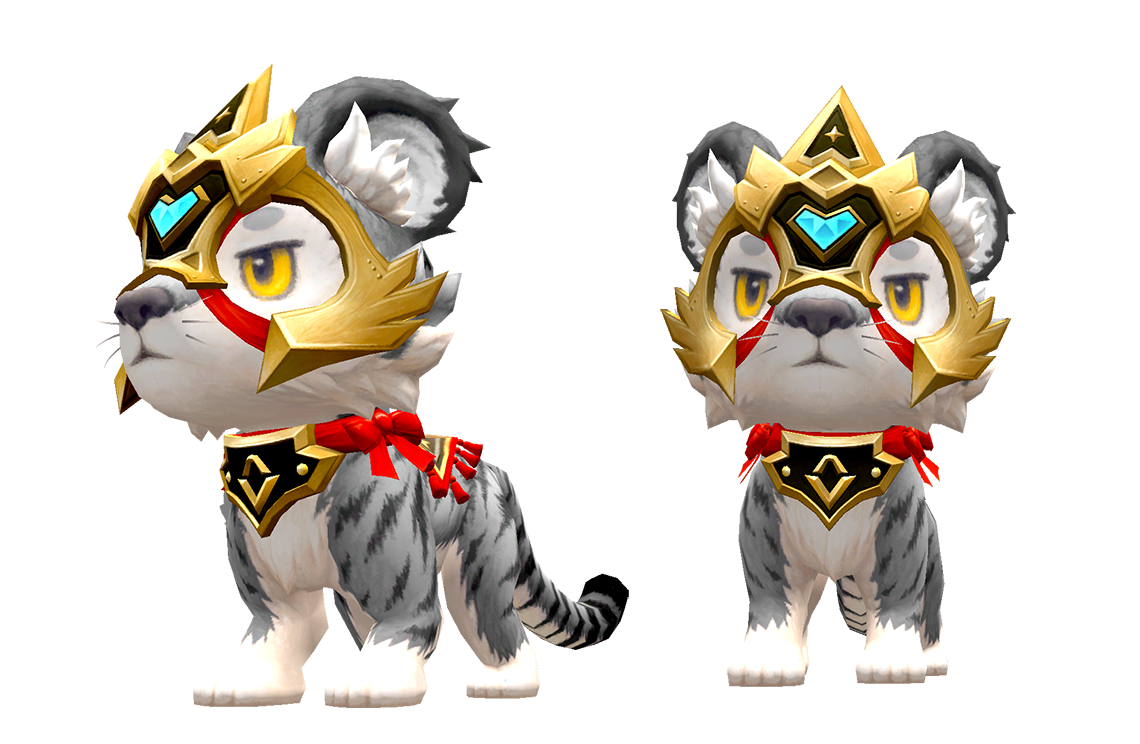 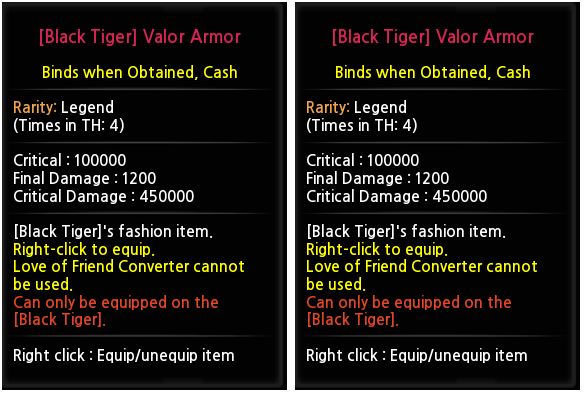 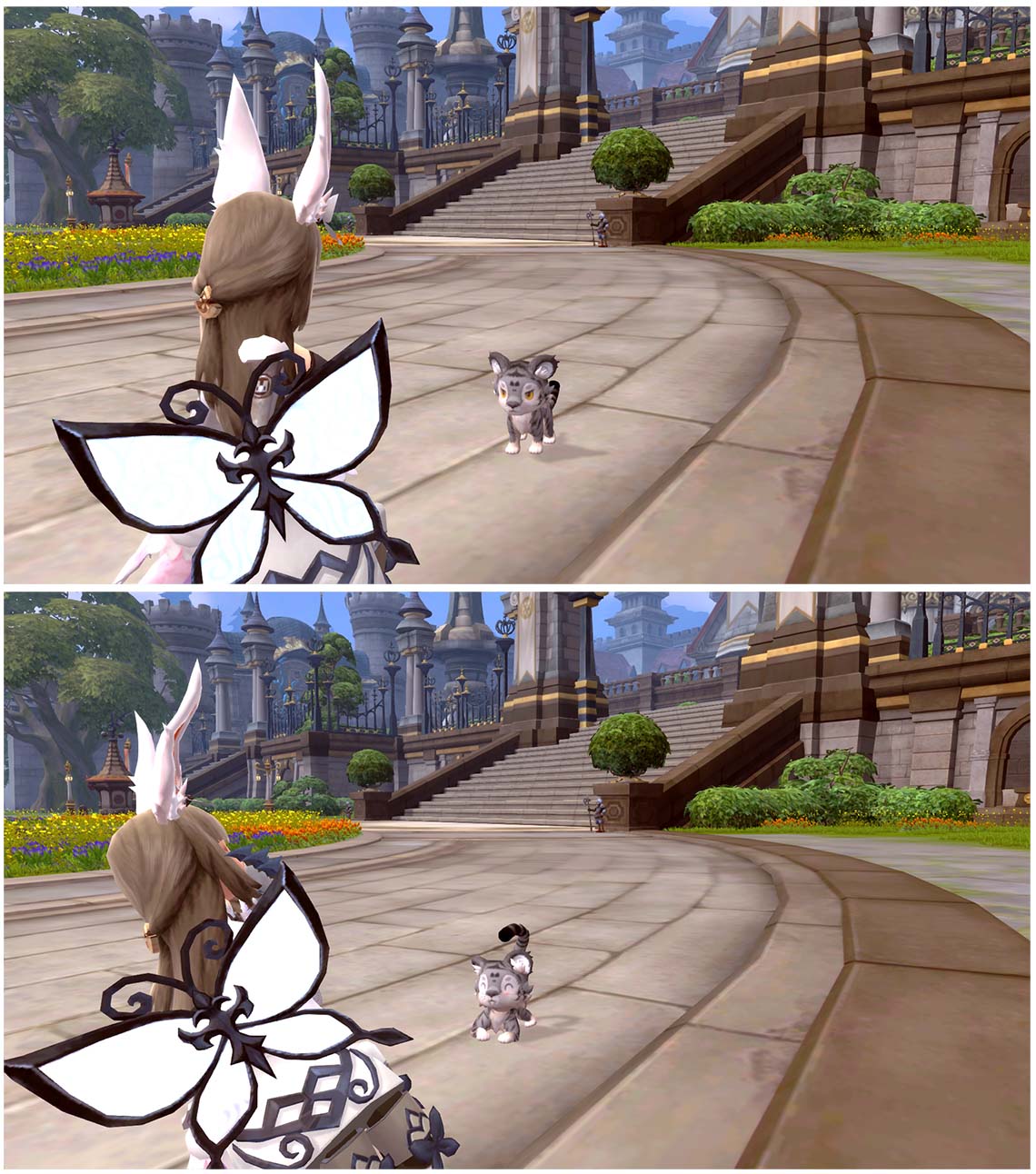 *Only Lancea can purchase this package. 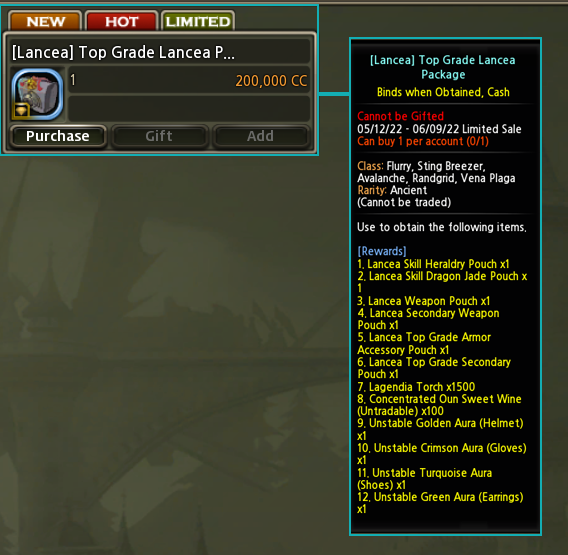 ※Recommend scrolling up to check the details.

[Updated as of 8th May │ Please refer to the red caution for getting class-specific options. Skill Jades are also class-specific basements and will be given a +10 enhancement option.] 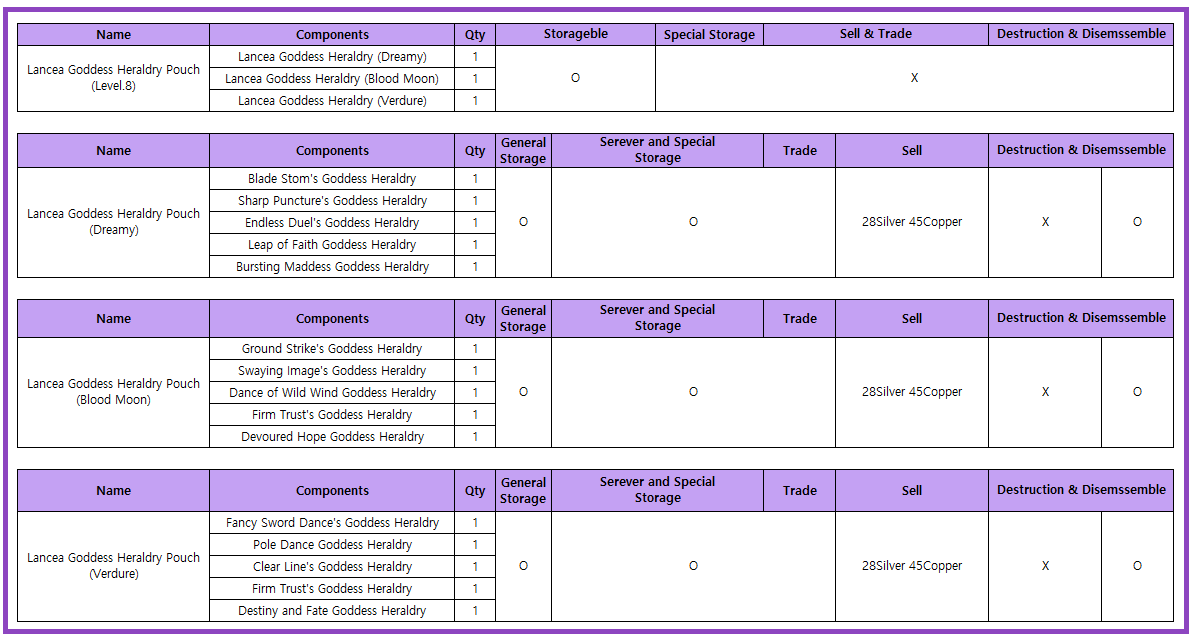 ※1 Heraldry will be given by using the pouch based on class-specific.

Sale Period: After May 2022 Update ~ Before June Update Patch 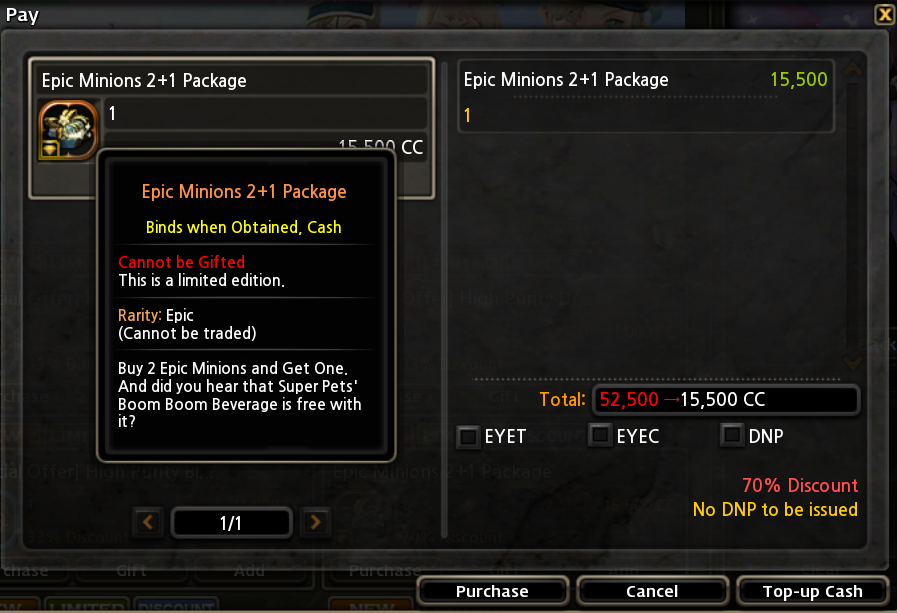 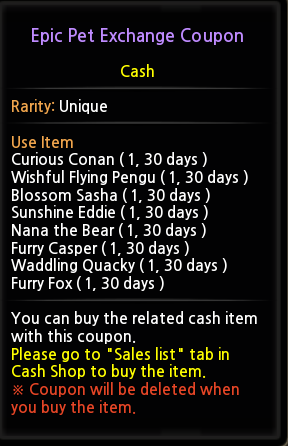